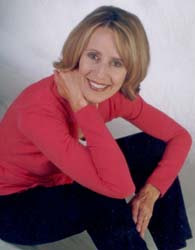 Michele Ashman Bell grew up in St. George, Utah. After marrying, she moved away from the warm winters of southern Utah to all that snow in northern Utah. As a young girl she was a devoted journal keeper. She said, “I would express my most personal thoughts and feelings in my journal in a way I could never express them verbally.” Michele is the mother of four children and the author of 20 novels. 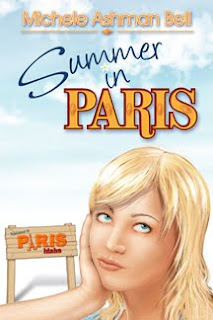 Summer In Paris: Kenzie Williams feels like she has it all: wealth, friends, popularity. But when her father tells her that he has declared bankruptcy, her whole world in New York City turns upside down. Her parents' solution while they sort out their problems is to send Kenzie to live with her relatives in Paris . . . Idaho! Feeling like she's been sentenced to three months in Hickville Prison, Kenzie arrives in Idaho feeling like a square peg in a round, horribly podunk, hole. Leaving everything she loves behind, Kenzie is forced to get up at the crack of dawn, do chores, etc. She feels like she's about to die until she meets handsome Adam White whose got a deep secret. He’s been accused of killing his best friend. She is determined to get to know him and find out his secret.

Hello, Michele. I’m so excited about this interview. I read your book and thoroughly enjoyed it. There were parts, which were so humorous, that I laughed out loud. You were able to portray your characters so vividly. I would recommend this book for all ages. First, tell us about your new book.

Hi Linda. You're so nice to give me a chance to talk about my new book. Even though I have had other books published, this one is kind of special because 1) it is my first honest-to-goodness YA book, 2) it's my first national release, and 3) because I wrote it about 15 years ago and have wanted to see this story published for a long time. I feel like I've been pregnant forever and finally gave birth.

What a cute way of expressing the “birth” of a novel! Where did you get your ideas? Give us some examples.

I'm fascinated by this whole process of coming up with ideas and having them turn into books. The smallest thing can trigger a book idea. As you yourself know, authors tend to have their radar on constantly for new ideas. We eavesdrop, observe and ask "what if" about everything around us. I don't think a day goes by that I don't kick around a headline I've read, or a story someone's told me, or an issue that's a hot topic, and ask "what if." Sometimes nothing comes of it, other times my brain explodes with possibilities and I find myself scrambling for a notebook to jot down all the ideas. I have a file folder full of ideas. Some end up published. It is the coolest moment when I get excited about a new idea. Imagination is amazing. One word can trigger it and turn an idea into a story. My ideas usually come in one of three forms; from a setting or location, from a character idea, or from a premise or issue I want to write about. For instance, our family went on a vacation to Cancun, Mexico. It didn't take long to realize I had to write a book with Cancun as a setting. I am very inspired by places I visit. Most of my stories are a result of a character going through a challenge. A girl I met told me she had been abandoned at the altar on her wedding day. I had to explore the emotions associated with that and wrote a story about it.

Hey! I read your book that was set in Cancun. I loved it. Do you use an outline when you write or play it by ear?

I am an outline junkie. I have to have a general idea of where I want the book to go, yet I seem to always get derailed because my characters take control of the story and don't really care what my outlines says. I actually love when this happens, but I'm constantly revising my outline.

That proves how well you develop your characters. When we get to know them so well, we realize that the original outline just won’t work. One reviewer wrote, "Michele Ashman Bell has combined a series of winning elements: friendship, comedy, romance, mystery - and given us a heroine who truly lives up to that name. Kenzie is not perfect, and at the start of the book, she might not even be very likable. But every experience she has changes her and softens her.” So… in other words, Kenzie is a snob at first. Right? Tell me your thoughts about this review.

I totally appreciate and respect honest opinions so I felt this was a great review. Kenzie is a brat, yet she is a product of her environment and the way she's been raised. Once the reader understands why she's the way she is, she garners sympathy and understanding. I really love her character and the growth she goes through in this book. That is my goal in every story, to show a character grow and change. I'm confident that the reader will empathize with Kenzie even though they don't love her in the beginning, and by the end they will love the person she becomes.

Michele, I love the fact that she grows and changes and becomes likeable. Kenzie’s surroundings are what made her change. Writing is second nature to you and you wanted to be an author for years but it wasn’t easy. You never gave up after ten years of rejections. Tell us why you didn’t give up and give our future writers some suggestions … or even hope.

Yea, I'm the poster girl for persistence. I didn't have formal training as a writer and am pretty much a grammar idiot, so it took ten years for me to learn the skills and get the thick skin a person needs to be a writer. It was so frustrating at times, but I believed in myself and my dream and I was willing to do whatever it took to make it happen. Most of the published authors come about because of hard work, not talent. Anyone can do it if they want it badly enough and are willing to work hard enough. Those ten years were valuable to me and I wouldn't trade the experience for anything. I'm so glad I didn't give up!

Bravo, Michele! Now it’s time to tell us something about the real you that we’ll never forget.

I hated chocolate until I turned 40 and now I'm a chocoholic! I've collected every Doris Day movie ever made and am now working on Audrey Hepburn movies. I love to travel.

Thanks for the interview Linda. You are awesome!

Thanks. This was such a fun interview, Michele. Now we all know the real you, the person that hated chocolate for 40 years and a Doris Day fan. Hey, my family and children are Doris Day fans, too. They’re collecting them as well. In fact, my kids are amazed that their friends don’t even know who Doris Day is.
Posted by Linda Weaver Clarke at 8:00 AM

This sounds like a fun book to read. Can't wait to see if I win it. :)
ang73rees@yahoo.com

Thanks for this awesome interview, Linda. I'm so glad I could be included in your wonderful blog.

Linda and Michele, I enjoyed reading this entertaining interview. The fact that characters grow and evolve is important to me as a reader.

Please enter me in this giveaway.

Nice interview Linda! I just love Michele and her books. She is such a wonderful and caring person.
********
Sheila Staley : Book Reviewer
Come visit me at my blog at http://whynotbecauseisaidso.blogspot.com/

Thank you for an interesting interview & a chance to win a copy of this new book.

This looks like a fun book I could read to my tweens this summer. Thanks! Great interview.

I forgot to leave my e-mail:

This sounds great! I'd love to be entered.

Wow! Doris Day, there's a blast from the past. My mother loved her. I have to admit it's been a long time since I've heard the name.

I didn't know this one was coming out from Valor. I'm surprised I didn't ask to review it. Sound great!

Hi Linda...
No need to enter me. I have this posted at Win A Book and BookHounds!

I, too, didn't get addicted to chocolate until later in life. Great interview, Linda and Michele! I'd like to be entered in the drawing. thanks!

Great interview. I like how the characters develop and you can kind of relate to them in aspects.
Enter me in the contest please
moonlightbookreviews@gmail.com

Sounds like a great book.
caliblue7 at gmail dot com

Thanks for the interview.
dakotasky55 at gmail dot com

Count me in on this book giveaway. Great interview. Learned a lot.
dianarod23 at gmail dot com

Thanks for giveaway and interview.
johnnystruckwash at gmail dot com

Hi! I enjoyed learning more about the book. Thanks for the giveaway! :)

It was great to get to know the author through the interview. This book also sounds like a great read. Count me in on this giveaway, please.

Please enter me for this giveaway. This sounds like a fun read...

Great interview, Linda and Michele. And I understand the chocolate thing. I've been a chocoholic for years. (Don't tell my diabetic specialist . . . yes, this is a secret.) =D

Love the interview. Very well done! As for the book, I've read everything she's ever written and loved all of them! I would be honored to win this book!! My email address is amloves2save@gmail.com

Please enter me for this book. Thanks!
pbclark(at)netins(dot)net

Sounds like a fun book. Thanks for the giveaway.
mtakala1 AT yahoo DOT com

Oh, this one sounds like an awesome read!! Please enter me for it..

What a fun read. Thanks for the giveaway.

I love her books and have not yet read this one! Please enter me for the giveaway! Thanks!
Heather

I love Michelle books. They so easy to get caught up in that you just don't want to put it down until you are finished.

Doris Day to be (finally) Honored by the Oscars?

I would love to read this!!
d.alexandra2@yahoo.com

Please enter me & thx for the contest..
thehighflyer3(at)hotmail(dot)com

thanks for the opportunity to read this novel :)

Congratulations, Elise! You are the winner of Summer in Paris. I know you'll enjoy the book very much. I surely did!!!