Fantasy has become one of the most popular genres because you are taken into a completely new world. A world of magic and mystery, where almost anything can happen! In The Isian Series by Serena Clarke, we have a tender love story, an enchanting kingdom, and mystical creatures that reside in the forests. 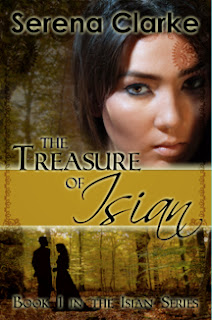 The Treasure of Isian is the first book in the series. Prince Garin is a brave, proud, adventure-seeking prince. Elani is his most trusted servant and she would do anything for him. Their quest to find the mystical Treasure of Isian is immediately interrupted and they find themselves confronted by giants, elves, dragons, and a vengeful water-witch. Elani must face her greatest fears to save her prince and her kingdom. Will they be able to make a great sacrifice to save the kingdom?

“The Treasure of Isian was a stirring tale of an enchanted servant and a handsome prince. The adventures they face together as they search for the fabled treasure of Isian that will grant the bearer any wish they desire. Once I picked it up, I couldn’t put it down. The author did a wonderful job pacing the story and connecting me to the characters. Superb story that brought a smile to my face and helped me remember that sometimes, we can overlook the most valuable treasures in life if we’re not careful.” --Author Charissa Stastny 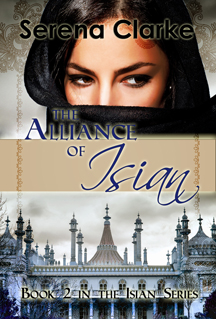 In the second book, The Alliance of Isian, the queen decides to make an alliance with their long time enemies.  Isian sends a proposal, offering their daughter to the prince, in order to ensure an alliance. Princess Gabrielle and Prince Alec must learn to work together and trust each other in order to triumph in the approaching war. With a mysterious beast attacking the kingdom, their lives in danger, and overcoming their vast cultural differences, will love grow despite their trials?

This fantasy has magic and mythical creatures, but it also has a beautiful love story where Alec and Gabrielle have to learn to understand one another because their society and culture is so unlike their own. Cheryl Larson wrote: “I am always intrigued by stories of arranged marriages and how they turn to marriages filled with love. There is plenty of action and intrigue in the storyline.” 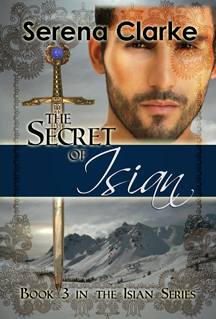 The Secret of Isian is the last book in this series. Many prophecies have been uttered about the impending war and those who will seek to stop it. With the war finally upon them, Rimelda, a talented seer, has heard the prophecies and believes she can help. Prince Ander, doubtful of her abilities and her true intensions, but determined to save his kingdom accepts her help and they proceed on a quest to end the war. Hindered by enemies as well as their own doubts, Ander and Rimelda must search for guidance in unlikely places and unravel the mysteries of the prophecies. With the world shrouded in darkness, will Ander accept his destiny in time to save the kingdoms and will he admit his true feelings for Rimelda?

“The Secret of Isian is a fast moving tale. Not only does it have romance, but also lots of action, intrigue, and battles as the characters make their trek to save the kingdom. While Prince Ander learns to accept his destiny, he also realizes that his love for Rimelda is growing day by day. For the first time in his life, he has met his match! She is spunky, obstinate, and frustrating…but at the same time, she intrigues Ander because she demands respect. Even from the prince!” –Author Linda Weaver Clarke 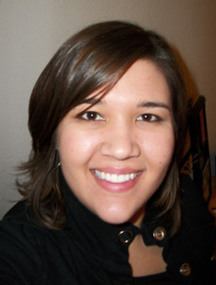 Serena Clarke is from Sunny Southern Utah and has taken several writing classes in college. She loves fantasy with a dash of romance. Serena has a Bachelors Degree in Graphic Design and is a member of the Red Mountain Shadows Publishing team. She not only is an author, but also creates book covers for authors. She is passionate about learning, education, art and design.