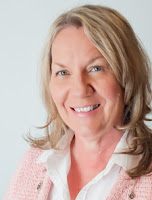 Sarah Hinze loves children. She has given birth to 9 of her own, taken in additional foster children over the years, advocated for children’s rights before Arizona legislators and in the nation’s capital, published 6 books about the origin and destiny of children, and lectured on her research in the United States, Canada and Mexico. A former school teacher, in 1993 Sarah was named Arizona Homemaker of the Year. In addition to researching, writing and speaking, Sarah offers her gentle, strengthening wisdom as a Life Coach, in person or by phone consultation.

Hello Sarah! According to your bio, you have accomplished a lot in your life. Please tell us about your new book. 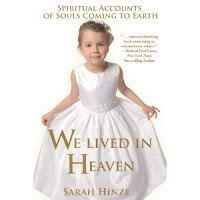 We Lived in Heaven includes the vivid memories of life in heaven as told by young children, and dramatic stories of prayers answered by guardian angels who watch over us. Highlights of a few stories include:
* A letter from a mother to her son, whom she gave up for adoption, telling him of the dream that guided her through that painful decision.
* A kidnapped child who survived her ordeal by the guiding hand of a sister who would be born years later.
* A little boy’s memory of being brought to earth by his grandfather–a man he never knew.

At this time in my life several books had made the Near Death Experience (NDE) famous as evidence that there is “life after life.” I realized that seeing my children before they were born was evidence for “life before life.” I knew at least four Biblical accounts also teach that we live before this life—Jesus, John the Baptist, Samuel, and Jeremiah. I wondered if other people had similar experiences. I prayed for guidance and soon began meeting people who had seen their children before they were born. I coined the following definition: Pre-Birth Experience (PBE), meaning contact with or announcement regarding an unborn soul, and began collecting accounts for my first book, Life Before Life. I have now collected hundreds of case studies illustrating the reality of the PBE. As with any area of research, the more we learn, the more we can refine the data. We Lived in Heaven is my fifth book in this refining process.

Your book sounds very intriguing to me. What kind of research did you have to do?

I began my research on Pre-Birth Experiences over twenty years ago without the Internet, if you can imagine such a thing! My husband was an invaluable help in this research. We called relatives and friends, explained we were writing a book and asked if they, or someone they knew, had seen or heard from their children before they were born. We visited with people in line at the supermarket, the bank, the doctor’s office, and so on. We sent letters to the editors of various newspapers around the U.S. Many of those letters were published and we began receiving letters and phone calls from strangers reporting PBEs. We read books and articles on the near-death experience and contacted some of the authors, asking if some had seen their future children or spirits waiting to be born during their NDEs.

Within a few months we had collected about 150 PBE accounts from which approximately 35 were selected for my first book. Today I have a website, www.sarahhinze.com and through email have received, and continue to receive, hundreds of Pre-Birth Experiences from around the world. When we give lectures we consistently find that at least 2-3 persons in any group of 30 have had or know someone who has had a PBE. In social science and cross-cultural research, the PBE is called the “Announcing Dream.” We now have 21 grandchildren, several of whom announced to their parents in dreams or otherwise that it was their time to come to earth. Our research suggests the PBE is a universal phenomenon that occurs in virtually all cultures and races. Most important of all, the PBE can be a beautiful, sacred, bonding and life changing experience for the unborn spirit, the recipient, and the entire family when shared. The PBE contributes powerful evidence for the sanctity and eternal nature of life.

Wow! So what does your family think about your writing?

Each member of our family supports our research, respects the sanctity of life, treasures their own children and some have had their own confirming Pre-Birth Experiences.

I was born in Eastern Tennessee at the foot the Great Smoky Mountains. I love trees and green and recently found out that I have a Native American line from the Cherokee nation that runs through my family line. I am proud of this line and sometimes I can feel my dear Native Grandmothers and Grandfathers with me.

Now how awesome is that! Thanks, Sarah, for this very enlightening interview. I have learned a lot. For those interested in her book, you may go to Amazon and check it out. It’s also available in German and Portuguese.
Posted by Linda Weaver Clarke at 1:00 AM

This certainly falls in line with my own beliefs! I would love to read it!

I would love to read this book, and know my daughter-in-laws would too. We enjoyed The Message, and your interview touched those chords in my heart.
Janet
42janetkw@gmail.com
Here's the right e-mail.

Wow, this book is right in line of what my sister and I have been talking about for months! We believe that spirits can speak to us and that there's more to God, spirits, angels and Heaven than just what we learned in the Bible. I would love to share this book with my sister. She would be so excited about this book. She went on a search for more answers years ago and has become a happier person for it. She had been more fearful of God and life after death before she went on this search for more and she's found a lot that she shares with me. Although one cannot believe everything they read. But the things your talking about do exsist and I'd so love to read your books and pass it on to my sister whose full of questions of spirituality. Thanks for being here and Thanks Linda for having this amazing authors book here today. Thanks, Christine
chirth7@yahoo.com

P.S. I'm going to check out Amazon and your website next! Thanks again!

This sounds really interesting. My next stop is Sarah's website. I'd love to read this book.

I loved this interview. My mother always wondered if the two children she lost when I was a little girl were the children she had later in life after having children...all in midddle school. She would loved to have read your book. She knows the answers now. She passed away when she 50. I would not be surprised if she helped her grandchildren come into this life. She was also from Tennessee. A little town called Hampton, just up from Johnston City. Her grandmother was a full blooded Cherokee indian, born and raised on the reservation.
I would love to read your wonderful book.
mlwalling85@gmail.com

thanks for this giveaway!
gail.shimokawa(at)unco.edu

Interesting concept. I don't believe I have ever heard of this before. I'd like to read the book.

Congratulations, Christine Hirth. You are the winner of this wonderful book. I know you will enjoy it. Have a great day!