Ever since Amarissa was young, she was intrigued by the worlds of fantasy, magic, and make-believe. As time went on, she became the ultimate fan of those genres. Now, besides raising two active boys and a busy husband, Amarissa finds time to put her imagination into words in her debut novel, The Secrets of Myth. She is now working on the two sequels.

"I am impressed with this fantasy. The characters drew me into a world of make believe so easily. I fell in love with them right away. That is what kept my interest. This story is fast paced and keeps you turning the pages. This is Amarissa's first book and she sounds like a professional story teller. I would recommend this book to both young adult and adult alike." --Linda Weaver Clarke, Author

Hello, Amarissa. I’ve read your book and it’s an intriguing story. I know that fantasy lovers will love this story. Please tell us about The Secrets of Myth. 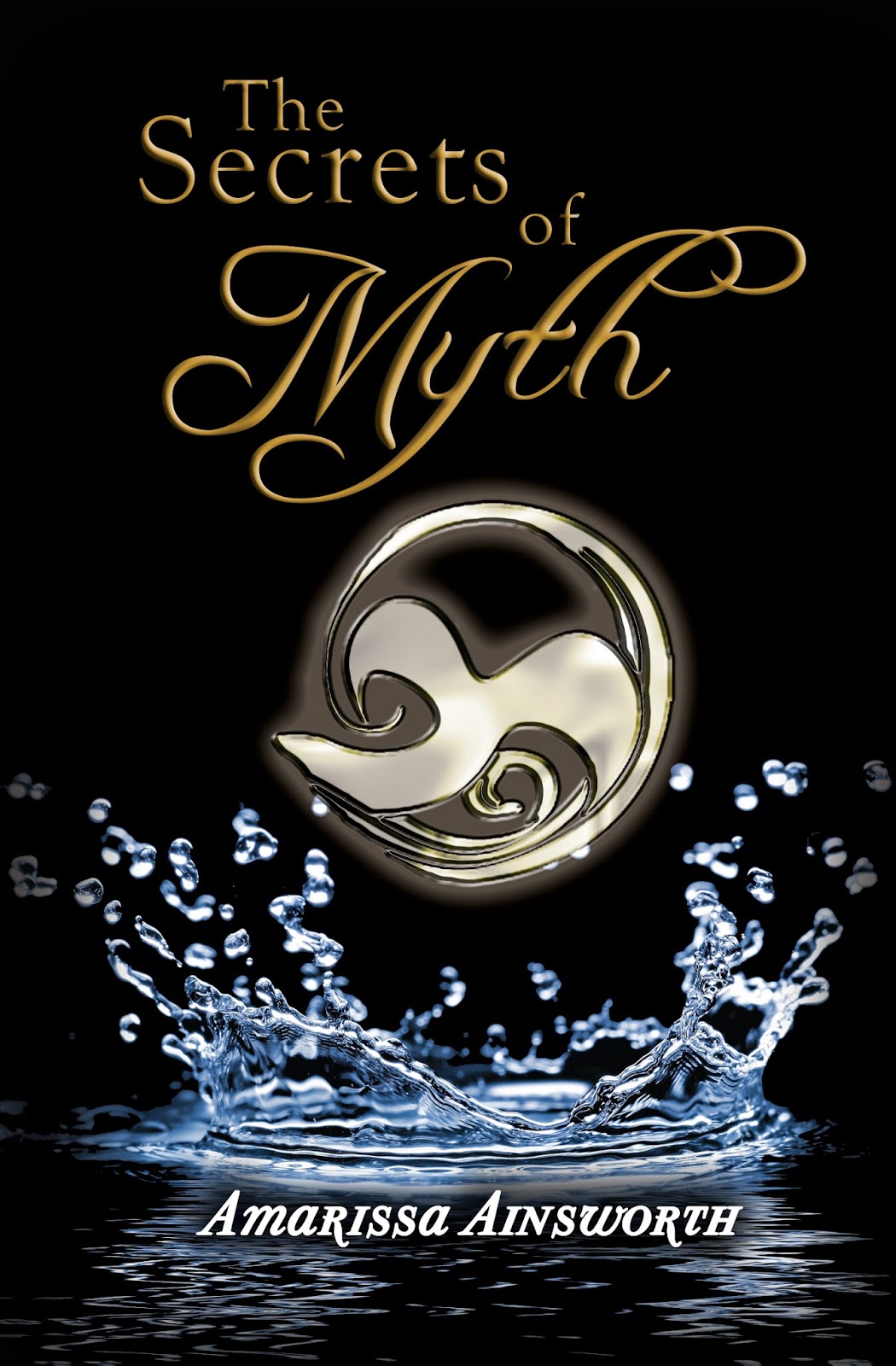 Leila Butterfield, an exceptionally smart high school girl, finds her world turned upside down when she discovers she may not be human. After washing up on the beach at the age of six with no memories except for a disturbing reoccurring nightmare and an incapacitating fear of water, she is adopted into a family that knows nothing of her past. But someone does know and they aren’t telling. With the help of a mysterious stranger, they dive into her past, unlocking secrets about her life and who she really is. But time is running out. Leila races against the clock to find out the truth. But whom can she trust? One day could alter the course of her entire future, but will she even survive that long?

Where did you get your inspiration for this book?

I have always loved writing short stories. About seven years ago, before I had kids and my husband still worked late, I started reading a book my family told me about. When I reached the end, there was a big cliffhanger. I love cliffhangers as long as I have the next book in my hand, ready to read. But since this was a new book, the next book in the series had not been released yet. I was too involved with the characters, and agonized waiting to find out how the greater story ends. I distracted myself with another book. After finishing that book, in less than two days, I found that one was also a cliffhanger. Now I was worrying over, not one, but two books. I decided to read a stand-alone book to distract me from worrying about how those other two series’ would end. After finishing the third book, I realized that it too was part of a series. Frustration and excessive puzzling over each book started to become overwhelming. So as I sat home alone one night, counting down the days for the new books to come out, I directed my excessive obsessive energy into writing a book of my own.

Haha. That is so funny. Who is your favorite character in this story and what do you love about him or her?

In this book, The Secrets of Myth, my favorite character would have to be Leila’s little brother Eric. His easy personality and fun-loving nature made him easy to write. But I also love the magical creature characters. Gates was also an intriguing character to write, being surrounded by mystery and a little bit of danger.

What does your family think about you becoming a new author?

My family thinks it’s incredible that I have published my book. They’ve heard enough about it over the past seven years that they are thrilled it’s published. And even more thrilled they never have to hear me tell them about it again!

Haha. They can now hear about the sequels, right? It’s time to tell us something about the real you that we’ll never forget.

Leila, the main character in The Secrets of Myth, and I share a few traits in common. But the one thing that was the crux of her character is that she has an intense, irrational fear of water. I too share that fear. As much as I love boats and flying on an inner tube over a lake, I have only done it a handful of times in my life. As soon as the boat stops moving, I become enveloped with fear. Mermaids have always fascinated me, but the fear of water always made me nervous to be around the beach or dive into ocean-themed media. The question floated into my head, what if there was a mermaid that was scared of water? Thus, The Secrets of Myth was born.