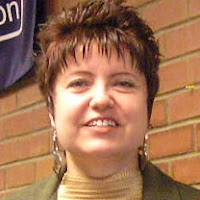 Anna is an accomplished, award winning author of clean romance and medieval fantasy. She has written an Elf Series, with seven books, all published. She now is writing "The Royal Romance Series" in which the soon to be released Dark Mirror Image is stand-alone book number 4. She also has published several books in digital format: A Middle grade tale; Emerine's Nightmare, A Medieval Romance; The Chancellor from Connier; and The Other Santa A Christmas Miracle, a story set in the depression era.

Welcome to my blog, Anna. Please tell us about your novel, Dark Mirror Image. This is part of A Royal Romance series. 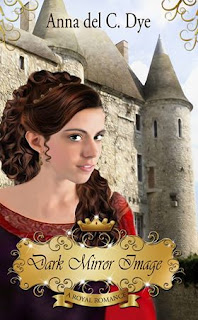 This is book four in A Royal Romance series.

King Keban didn’t realize that gazing upon Princess Arianne was punishable by death. Saldil was the kingdom that piqued his curiosity, and the sole reason he had accepted this visit. Her brother, the king, gave him another option—Now he will return home to Perjha with the princess as his wife. He wonders at the turn of events, but only for a small moment. After staying there for a night, filled with hair-curling cries and dreadful noises coming from her brother’s chamber, he could never leave her in that place…not even for his kingdom.

Arianne liked King Keban the moment their eyes met. She is no longer so sure when her brother announces that Keban demanded to marry her, or he would attack Saldil. Who is this man with two faces? And why won’t he tell anyone that they are married? She will have to keep both eyes on this king and this most unusual arrangement.

I love your book cover. It seems to draw me into your story. What age group will enjoy this book?

Teens and even some twelve-year-old girls will enjoy the romance, mystery and happy (?) ending.

King Keban is the most remarkable men I ever met...you know the kind every girl dreams of as her prince charming. He is intelligent, calm, respectful, kind, positive, and doesn't need to prove he is the king...everyone knows it and loves him for it.

Put in a peculiar situation by a creepy king during his trip to a neighboring kingdom, he makes the best of it. When he later sees the need to save a damsel in distress, he takes it seriously and rescues Princess Arianne in two days flat by getting her out of her kingdom.

You write fantasy. What intrigues you most about writing this genre?

What captures my imagination about fantasy is the many possibilities in this genre. You can start with no matter of thought and take it to a new universe and beyond, leaving you breathless all at once. The many different roads you can travel there and back and all that can be yours for the taking. It truly is a fountain of ever running ideas and inspiration.

I love your description of why you write fantasy. Where is your website so my readers can check out your recent and past books that you have written?

They can find everything I have written and a lot about me in my website: www.annadelc.com

Thank you so much for this interview, Anna. It’s always fun talking about your books.

You may buy Anna's book at the links below:

Posted by Linda Weaver Clarke at 12:00 AM

Thank you for the interview, Linda. As always is very nice done.

Linda Moffitt is receiving a free ebook for her efforts in spreading the word on Twitter. We appreciate it, Linda. Thank you.