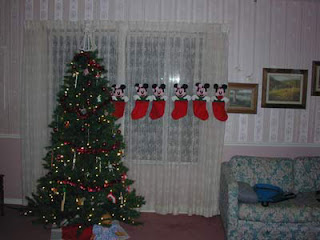 I believe in miracles. I feel that a loving Heavenly Father is watching over us, caring what happens to us and worrying about us. Sometimes we wonder if miracles still occur in this day and age. I believe they do, according to our faith and prayers. One mother wrote about a Christmas miracle. I know this woman personally and she believed in prayer. This story is one of love and miracles… of faith and hope.

I first became aware of my twelve year old son, George’s, illness when the choppy rendition at the piano of “Hark! The Herald Angels sing,” had stopped. Glancing at him, his head resting on the piano, I asked, “What’s wrong?’

He replied, “I don’t feel good.” As he looked up I saw his cheeks were flushed; on closer inspection it proved to be a fine rash. He had a temperature. I called our family doctor and described the symptoms. He said it sounded like the measles that were going around and he prescribed a well-known drug.

The next day, George complained of his eyes hurting. Blisters began to appear on his ears and lips, and his temperature rose. After sitting by his side for several hours, I had to leave the room momentarily. As I returned, the sight was so shocking. I rushed from the room, dropped to the floor and cried. George had rubbed all the skin from his blistered lips. His ears, neck and face were a mass of blisters, with one large blister hanging like a sac on one side of his face. George did not sleep. He kept asking us to please turn out the lights. It was frightening to hear him ask this; there was only a small night light burning and I had a small folded towel over his eyes.

The eye doctor said the eyes were blistered, even on the cornea, and added, “If he comes along—we may not be able to save his eyes.” It came to me that my son might be blind!

A new nurse coming in to put drops in George’s eyes, leaned over him and said, “George, I have something to put in your eyes. Can you turn your head this way?” She leaned over, and as he turned his face with its black rimmed hole for a mouth, one side of his face practically skinless, and skinless ears—all this was too much for this nurse. She became nauseous, gagged and hurriedly left the room.

Each time the doctor entered the room, he would greet my son with, “How are you George?” George would answer, “Pretty good.” Always pretty good. At one time the doctor looked at him and said, “You are a game little guy!” There were tears in his eyes.

He asked me if I was praying. I assured him I was. He also asked if his name could be put in the temple so those who were there could pray for him.

One evening, the young doctor gravely told me things were not going well and that he had done all that he could. At that moment I felt desperately alone; what could I do except go to God for help? I returned to the room and knelt beside my son’s bed and pleaded with God to let him live.

The next day, George asked, “Are they still praying for me?” I said, “Oh, yes. We surely are son.” Then he asked me if I’d hold his hand. He said, “If you don’t mind holding a scratchy one.” All day I held his hand. By evening I sensed a calmness come over him. I said, “Doctor, I think he is better!” The doctor examined him, turned to me and with a look of almost disbelief and surprise said, “I think he is!” The crisis had passed.

The miraculous powers of the body to heal took over. New skin began to grow and the old skin sloughed off. All twenty of his fingernails and toenails came off.

The young doctor came into the room and said, “George, you have made medical history.” Then he asked if we minded the case being written for the medical journals. I tried to thank our tall young doctor. He said humbly, “I just stood by.” But I knew he had worked valiantly to save my son.

Our family doctor came into the room and said, “George, you are a walking miracle.” The nurses, who came to say good-bye to us, said that no one in the hospital expected to see our son go out of the hospital alive. The eye doctor said, “I feel so humble about this boy. It certainly has made me a believer.”

This young man grew to adulthood but his body isn’t the same. His eyes are constantly red because his tear ducts were destroyed, so he has to use artificial tears. He coughs frequently and has a raspy sound when he breathes because he has Chronic Bronchitis, which was also caused from his illness. This faithful man, George Amos Clarke, my sweetheart and husband, was grateful for a miracle. 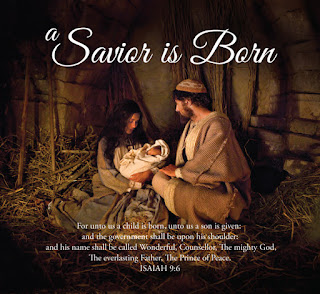 Thanks for sharing this with us. God Is Good!

Hi Linda..what an inspiring story. Did they ever find out what was the cause of his illness? So glad you both found each other.
Miss and love you.

Yes, they found out that it was Stevens-Johnsons Syndrome, caused by an allergic reaction to sulfa.

Are a dscndant od Peter Wilson Conover? If so, would you be interested in receiving temple-ready cards from his ancestry? I have hundreds of them, needing all ordinances, organized in envelopes of six each male and female.
Are you also descended through Gilbert Weaver? If so, would you like to receive the biographical materials I have on either or both of them?
If you wish to receive any of the temple-ready names, I will need to know how many and where to mail them.
Thanks,
Connie