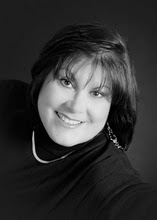 Laurie was born and raised in rural Maryland where she and her husband, Tom, raised their four children. She is the proud grandmother of five beautiful children. Oh, Say Can You See? is her sixth published novel. Her other novels include Unspoken, Awakening Avery, and the historical series FREE MEN and DREAMERS: Dark Sky at Dawn, Twilight’s Last Gleaming, and Dawn’s Early Light. Dark Sky at Dawn and Twilight’s Last Gleaming were finalists in the 2008 USA Best Books competition.

Hello Laurie. Welcome back to my blog. Oh, Say Can You See? is the fourth book in this series. Please tell us about this novel.

Thanks for having me again, Linda! I’m extremely excited to have this opportunity to discuss Oh, Say Can You See? This volume takes readers right in the middle of the incredible events that surrounded the writing of the Star-Spangled Banner. The battle Francis Scott Key witnessed occurred in my back yard, so-to-speak, and that proximity has allowed me to visit Baltimore and Fort McHenry, and to speak to experts on the battle, on Key, and on the flag itself. It has been an amazing, illuminating experience.

Our beloved Willows characters are in the thick of the action, so we get a tender, intimate view of how Britain’s campaign of terror affected families as well as the nation. For instance, the tender information I include about Key and his family helps us understand the reasons he was in a ship in the harbor the night Baltimore was bombarded, and the risks he assumed in undertaking his mission. But the most important thing I want readers to take away from this novel is an understanding of what stirred the passionate patriotism in this pacifist-religionist lawyer.

I set out seven years ago to celebrate the looming bicentennial of the War of 1812 and the 200th birthday of our national anthem with this series, but the parallels between our day and these events is staggering. Every American would benefit from the lessons this period has to offer. And though Oh, Say Can You See? is a continuation of my Free Men and Dreamers series, like volume four, Dawn’s Early Light, it was written as a stand-alone read as well. I hope readers will at least read these two volumes. They are packed with incredible, timely American history wrapped within a lovely, tender story.

While writing Oh, Say Can You See, tell us what touched your heart the most as you wrote about our beloved country and what we had to do to get our freedom.

I was on the phone speaking with the man who is probably the foremost authority on this battle, and he agrees with my assessment about what it was that not only caused Key--who was previously opposed to the war--to write his poem, but what seared it into the hearts of Americans, as it did. You have to look beyond what was happening in Baltimore. You have to consider what had happened in Washington . . . put yourself in the shoes of Americans who saw Washington City burned, their president’s home destroyed, their Capitol razed, their president and his cabinet forced into hiding. Once you relate to that despair and hopelessness, you can begin to understand why this previously insignificant red, white and blue banner suddenly became intensely revered. It wasn’t just a real estate marker anymore. It was the only remaining symbol of America. It meant hope. It said that as long as we could raise our colors, we were still a nation.

Thanks for sharing that with us. It helps us to realize why the patriots fought so valiantly for their country. What kind of research did you do for this book?

I’ve done everything but go on an archaeological dig! I’ve read books, traveled to forts and battlefields and museums. I maintained a two-year correspondence with one historian who raised the bar on my research and set me off on a path to study, study, study. I’ve added a shelf of research books and spent hours on the phone with docents, US Park Service people, and librarians searching for original documents. It’s been a blast, but I’m looking forward to spring when this project is finished and the characters are not constantly in my head any longer.

I totally understand. When you get close to your characters, they tend to be on your mind a lot. That's how it is with me, too. Out of all the books you’ve written, which one did you enjoy writing the most and why?

I think I enjoyed writing Awakening Avery the most because it was pure creative pleasure. It’s the story of a fifty-ish author who finds herself utterly unprepared when her husband dies suddenly after a lingering illness. She seeks a healing place for herself and her family through a summer house-swap that takes her to Anna Maria Island in Florida. The man with whom she swaps homes, and the quirky people she meets, help pull her from her malaise and reawaken her desire to live again.

I conducted research on the locales, but the characters were my own creations, and the dialogue was all original, meaning I didn’t have to match historical records this time. Also, the story was the most biographical of all my books. My father was the basis for one of the characters, and I wrote it after my husband suffered and survived a heart attack, so it was also a cathartic experience.

This interview was great. I really enjoyed it and learned a lot. Watch Laurie's book trailer below. I love it. Visit Laurie’s website or her blog.

Posted by Linda Weaver Clarke at 1:00 AM

We love to read about the history of our country. I'm going to look up your series. I still hope to win this one. They sounds great!! My husband will love these too.

I enjoyed learning about all of the work Laurie put in before she even started writing - not just reading but visiting battlefields, forts and museums. This sounds like a great series for a history lover.
Thanks,
Jen
jryder416 at yahoo dot com

Went on Laurie's website to check out all the books. They sound great!

Thanks for the great interview, Linda. It was lovely because you always make your guests feel so at home. Good luck with your own wonderful books, and have the happiest of New Years.

As soon as I recognized the name of your guest today, I was here. I found Laurie earlier this year as I was leaving the library. Our librarians put new books on bookshelves as you enter/leave the library. I saw Awakening Avery & it leaped into my arms. I wasn't sure who the author was, I'd never heard of her, but I couldn't deny the book & turned back to check it out with my other books.

Now, I'll have to see if the library has this series.

I'd love to read this!

You are a new author for me, but your books sound terrific. Will be adding them to my TBR list!

thanks for the chance to read this fabulous novel :)

This sounds like a great book. I'd love to read it. Thanks for the chance to win.
peacelily_2006(at)yahoo(dot)com

Ms. Lewis's book "Oh, Say Can You See?" must have required an incredible amount of research. She does mention some of the sources she used, including visiting historic sites and speaking to knowledgeable people. But she must have a very organized mind to pull all of that information together.

I would to read this book about Francis Scott Keyes. Those were really scary times for those in the thick of it. I am so glad that a lot of research went into it. I would love to learn about this exciting moment in our history.

I am really glad that this is a stand-alone read! I would love to win it, and then read the rest in the series!
Thanks for the opportunity!
Charlotte
chakasa58 at gmail dot com

I would definitely enjoy reading the story about the writing of the Star-Spangled Banner. Knowing the nation's history is truly important. From your interview much research was done in preparation for this book.
nicolesender@yahoo.com

sounds like a really good book please enter me thanks

Please include me...I think I would also like to read Awakening Avery...trading houses would be fun and scary! Wow!

Congratulations, Karen K. You are the winner of this inspiring book. I know you'll enjoy it.