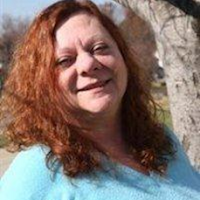 Tika is married, living in upstate New York during winter and on a small lake in Pennsylvania the rest of the year. She and her husband share four children and seven terrific grandchildren. They have two Keeshonds named Tyler and Joey. Tika retired from a twenty-two year career as a Real Estate Broker and owner of Heritage Homes Realty Co. When not writing or editing, you will often find her in the kitchen cooking or out in one of her many gardens.

“It's truly a heartwarming story of a young innocent girl coming to terms with an amazing talent and the story of her and her family’s life.” - J. Woodfield

Hello Tika. Please tell us about The Eyes of Innocence.

This popular series depicts the life of an orphaned girl as she grows up displaying an innate way with animals and many surprises for her aunt and uncle. By the age of five, Kalina is showing psychic abilities and the power to heal. The series opens when Kalina is nearly sixteen, and a white horse haunts her dreams. On her birthday, the horse appears. The mare is real, and she is hers.

Kalina's tumultuous life is riddled with unanswered questions. Someone is watching her, and although she is aware of this, she has no fear. When the day arrives that she actually meets these people, she quickly forms a bond with them, much to her aunt and uncle's dismay.

Follow Kalina's escapades, as she matures into a gifted psychic and healer. Her aunt and uncle want her to tone down her abilities, but Kalina is unwilling to do as they ask. If someone needs her, she reacts, especially if a child is involved. People grow suspicious of her extraordinary powers, and try to prove their theories, but haven't been able to uncover the truth....yet. Kalina is unique, as is her story.

Wow! This story does sound unique. Where did you get your inspiration for this book? Do you get any ideas from real life experiences?

My immediate inspiration was from a well known movie that we watched. I didn’t care for it and said I could write a better plot myself. My husband told me to go for it. I started writing The Eyes of Innocence that day.

I would have to say Yes, to getting ideas from real life experiences. The deer in the woods bit is true, the snapping turtle story is true, and as the proud owner of two keeshonds, and past owner of border collies, I know these breeds well.

This is fun learning about how you put this story together. What a coincidence! I, too, got my inspiration for my new mystery/adventure series from a TV show. It was called Hart to Hart. I just loved it. Okay next question. A Reviewer wrote, “The story is compelling... I could NOT put it down. As an avid reader, I found the story unique, definitely not the same old, same old.” Is it hard to make your stories compelling and unique, or do you discuss your plots with a loved one, or does it just come naturally?

My plots come naturally. My mind does not move in a “same old, same old” manner, so creating the stories come pretty easily. The more difficult part is writing them in a coherent fashion and inserting the facts that I research, i.e. when I had to describe the injuries that the little boy suffered when his mother jumped out of a second story window with him in her arms due to a raging fire. He sustained a broken neck and had to be put in a halo vest. What do I know about those two things? Nothing. I very often spend more time researching a scene than I actually do writing it. Many of the scenes and sub-plots are real, such as meeting the deer in the woods, the snapping turtle story, and of course Toby. He is pictured on the back cover of the first book.

I understand what you mean about researching everything so you can make it sound real. You have another book called For the Love of Anne. You have changed genre with this book, moving to historical fiction. Is this a romance? What it is about?

There actually isn’t a lot of romance in For the Love of Anne. There is a lot of information about people from all walks of life and how they immigrated to Chicago in the late 1880’s during the Industrial revolution. The actual history part of the novel is written as part of the story, so readers may not even realize that a lot of what they’re reading is actual U.S. history. For instance, the first serial killer of the United States lived in Chicago during this time and he stumped the Pinkerton Detectives for years. It is believed that the psycho killed over 200 people, mostly women. One of the biggest mysteries was how he got so many people to trust him. It’s really a fascinating story. Oh, and by the way . . . the man was a doctor.

Oooo! A doctor? Oh my gosh! I love historical fiction for the very reason that I always learn something new. Now it’s time to tell us something about the real you that we’ll never forget.

After my family, animals and nature are a huge part of my life.

I grew up all over the U.S. due to my father’s career as one of the first numerical control experts in the country. One year I went to four different schools. Did I like it? No, not at all. I was young and it made me so painfully shy.

During some of my successful years as a Real Estate Broker, I had more money than I thought I needed. For years, I donated food baskets anonymously to local churches for Easter and Thanksgiving. On Christmas Eve I donated breakfast baskets and I loved making those! I bought bacon, sausage, eggs, juice, bread, English muffins, jelly, pancake mix and syrup, butter, Danish, potatoes, etc. They were so much fun to build. I always put something special in them for the kids. The churches knew who I was, but the recipients never did.

I can have a very silly side at times. Two years ago, when I was WAY old enough to know better, I wanted to know if my dog Tyler would follow me up the steps of a tall slide in a playground. He did. When I got to the top, he was behind me when I sat down. I reached around and pulled him onto my lap and went down the slide with him. I landed on my butt and laughed so hard that Bob had to help me up.

Wow! I sure learned some fun things about you today. I enjoyed this visit with you. And your book sounds fascinating. Thanks, Tika, for a wonderful interview.

Review: The Eyes of Innocence written by Linda Weaver Clarke

Kalina is special. She is not the ordinary 15 year old. Kalina has powers that she hides from the world. She has the ability to make friends with animals… when she talks, they seem to understand. She is sensitive to the needs of others and has visions about those who need help. But that’s not all! Kalina has the power to heal.

This story centers around several miraculous events, one of which is the healing of a three-year-old boy who was seriously injured. No one knows for sure whether he will live. And if he does live, he will be a quadriplegic. His father is beside himself with grief. He has already lost his wife… he cannot lose his son, too. When the boy is miraculously healed, everyone calls it a miracle. Will the nurses figure out that Kalina was involved somehow? Or will her powers remain a secret?

This story is intriguing as you follow the everyday life of a teenager, her family, a dog, and her archenemy, Tarrah. As I read about the events of Kalina’s life and the healing of the young child, questions began filtering through my mind. Where did she get this power? Is it a spiritual gift from God? Was it inherited from her ancestors or is Kalina one of a kind? Does the mystery behind her powers come from her heritage? Read the book and find out. This book is great for teenagers and adults alike who love to use their imagination. I read it to my husband and he absolutely loved it.
Visit Tika at http://tikanewman.blogspot.com
Tika’s Facebook: http://www.facebook.com
Posted by Linda Weaver Clarke at 8:27 AM

Tika, EYES OF INNOCENCE sounds like a wonderful book. You're the only person I've heard of who goes to upstate NY in the winter! You must love snow. Me, too, if I don't have to go outside but can just look at the snow from the window.
caroline@carolineclemmons.com

Linda, have a good trip. I am a fan of documenting your family history. I've done two books, one of my mom's family and one of my mother-in-law. Now my brother and I are compiling a book on my dad's family.

Both books sounds very good! I'm glad to have discovered them here. Thanks for the giveaway!

This book sounds like a real different book. One that will take me away from my terrible days. Thanks Joannie jscddmj[at]aol[dot]com

There is nothing more powerful that a child's innocence and the love of Christ that shines through. Blessings on this book, may it soar!
jdovefamily(at)gmail(dot)com

The Eyes of Innocence sounds terrific. I'd love to read it.

The Eyes of Innocence sounds like something me and my 17 year old daughter would enjoy so very much. I am excited to read it and would be honored to read and review it as well as my daughter.

I'm not sure I ever would have heard about this book if not for this blog! I'd love to read it!

I guess I had better throw my hat into the ring! This sounds like a fun book to read... Curl up by the fire. Yeah, Autumn is here. A good book, a warm afghan and a cup of cocoa...

This book sounds very different from my usual books and I'd really like to read it.
Thanks for the giveaway

It sounds really too good fren..It was really good take away. Cheers !!

Oh please put me in for this book. It sounds so interesting to me as an animal lover! Thanks for the reviews as always! Shawna anmlvrami at yahoo dot com

Congratulations, Julie, you’re the winner of The Eyes of Innocence. I know you'll enjoy this book. I sure did.

Thank you so very much linda!! I look forward to reading it!!