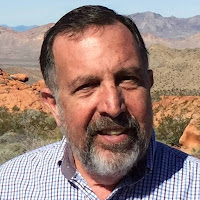 F. Allan Roth likes to fly fish on the South Fork of the Snake River. He ties his own flies and builds his own bamboo fly rods and wooden boats. He also is an amateur mycologist, and enjoys hunting (and eating) wild mushrooms and berries.
As a graduate student, he taught English classes at Brigham Young University. After graduation, he moved to Ricks College (now called BYU-Idaho), where he taught for two years. After that, he moved to a nuclear research laboratory where he worked as a technical writer and editor for nearly thirty years. He and his wife, Jerelyn, live in Idaho. At last count, they have seven children, twenty-five grandchildren, and six great-grandchildren.
Allan Roth is an American author who writes LDS fiction and fantasy novels. Other works include A Missionary’s Musings on the Book of Mormon, available exclusively from Amazon. 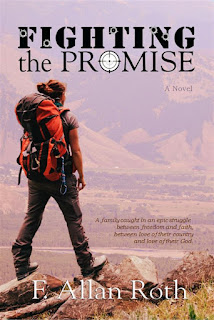 Book Blurb
When the Chinese conquered America, the government gave up without a fight—but the people didn’t. Church leaders had cautioned church members that the collapse of their nation was the fulfillment of an ancient prophetic promise from the Book of Mormon. Fighting against the occupation, the brethren warned, would be the same as fighting against God’s righteous judgment on a nation ripened in iniquity. But when war came to their home, Bishop Stuart Holliwell and his family found themselves Fighting the Promise. This story was a 2018 Whitney Award nominee.
The Inspiration Behind the Story
The story that grew into Fighting the Promise started more than twenty years ago in a Sunday-school class. I am a member of the Church of Jesus Christ of Latter-day Saints (better known as the “Mormons”), and I was teaching about a prophecy from the Book of Mormon that says if the people of America ever became “ripened in iniquity,” the Lord would sweep them off the face of the land and give this land to a different people.
One member of the class laughed at that and said that such an event might have been possible in ancient times, but in these modern days the USA was far too strong for God to destroy. I thought about his comment for a while and decided to write a story that showed just how fragile our nation could be if we faced God’s judgement. That story, which forms the introduction to Fighting the Promise, was originally intended to be a stand-alone short story called “And the Home of the Brave.”
I never published that original story, but as the years passed, I realized that there was more to the story than I had written. I thought about how life-changing the fulfillment of prophecy would be to the people and families who might someday have to live through it. Since I live in Idaho, I imagined an Idaho family living through the upheaval of seeing their beloved government overthrown and their people destroyed. That family became the Holliwell family, and their story became Fighting the Promise.
It is a family-friendly story. There is no sex. There’s no swearing in it other than two cases of the word hell (once in its religious sense, and once in a jocular oath by an old farmer). Since there is a war involved, there is some violence, but violence is never the focus of the story and is never glorified. In most cases, the violence occurs “off-screen” so the reader does not need to see the blood and gore. Violence is consistently portrayed as unnecessary, evil, and something that should be avoided.
Reviews
"I couldn’t put the book down. At times, the action took my breath away, I fevered for the characters to make the right choices, anguished over the heartbreaks, was infuriated at betrayals. I lived the story. I could picture the scenes in my mind. Families divided, obedience in trials, love and forgiveness—it’s all there. Definitely a must-read!"

"What if you believed your church leader was called of God and received direction from Him. What if the United States was taken over by a foreign power. Would you choose to act the patriot and fight back to drive the intruders out and restore the constitutional form of government? Or, would you follow the church leader who warned in order to live and prosper, for the time the people must submit and obey the new government? This story followed a family where half followed the church leader and half joined the resistance. To me, both groups felt like they did the right thing. It was interesting how the story played out, and how it worked out for the family. Great story that held my interest"
Links
Amazon Purchase Link
https://mybook.to/Fighting-the-Promise
Author Website/Blog
http://faroth.idahowordman.com