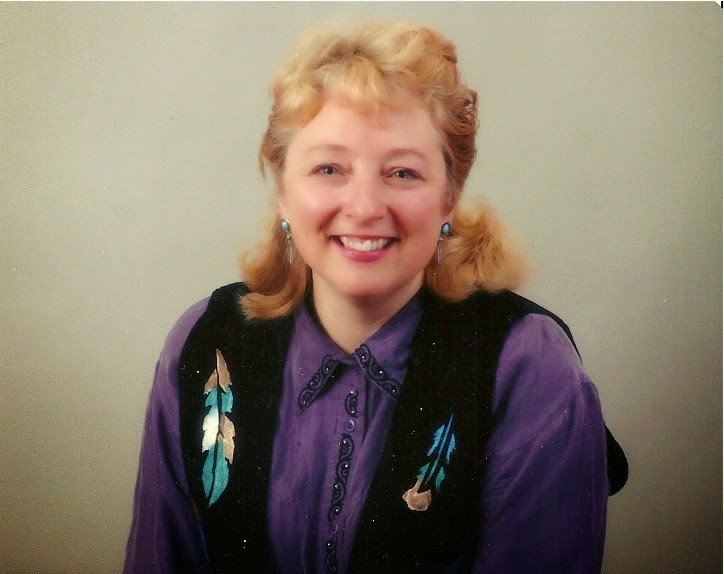 Shirley Raye Redmond is the author of several sweet romance novels and dozens of children’s books. Many of her titles have won national and regional awards. She is a member of numerous writing organizations including American Christian Fiction Writer, Romance Writers of America, Women Writing the West, and SCBWI. She lives in New Mexico.

Welcome back to my blog, Shirley. I understand this book is “Jane Austen approved.” How awesome is that! Please tell us about Prudence Pursued. 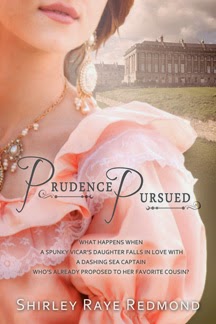 At the advanced age of twenty-seven, Prudence Pentyre is on the shelf. Content to occupy her time by attending meetings of Mr. Wilberforce’s Abolition Society, Prudence is resolved to see that her younger cousin Margaret, shy and plain, does not share her own unmarried fate.

Despite her best efforts, all of Prudence’s matchmaking attempts fail. Margaret proves reluctant to accept Sir James Brownell’s marriage proposal, and fears being “bovinised” if she undergoes the controversial cowpox vaccination he recommends. And the dashing baronet—with his sunburned skin, eye patch, and unfashionable attire—seems more concerned about the plight of headhunters in Borneo than Margaret’s stubborn refusal of his offer.

Prudence, on the other hand, finds herself unexpectedly smitten with the man. Can she trust that God’s plan for her life is richer and more rewarding than the one she had planned for herself?

This book sounds like a fun story. Where did you get your inspiration for this novel?

A three-week trip to England with friends, where we visited Bath, Jane Austen’s home in Chatsworth, and other sites associated with the Regency period gave me an abundance of ideas. Also, I’d written a biography for kids about Edward Jenner for a write-for-hire publishing company, but they killed the project. I saved all my research, determined to one day share what I knew about smallpox during the Regency period. Jenner’s vaccination was quite controversial. Many people feared they would develop cowlike physical features if they underwent the procedure because the lymph used in the vaccine came from cowpox pus!

Amazing. Did you put real experiences from your research in this story?

Yes, the riots and public demonstrations in the story (poor Pru gets knocked in the head by a protestor!) actually took place in several towns and cities in England. And the Borneo adventures experienced by my hero Sir James Brownell were inspired by the real-life adventures of James, Charles, and Vyner Brooke, who were the real White Rajahs of Sarawak in Borneo—but during the Victorian times, not the Regency period. I took a bit of literary license with that.

Also, we tend to think of the Regency period as a polite, civilized time in history. Jane Austen’s novels are often called “comedies of manners.” And yet shortly prior to that period, William Wilberforce considered the age a decadent one and even founded the Society of the Reformation of Manners in 1787. My heroine Prudence is a member of the Society and heartily embraces Wilberforce’s reforms.

You love to write inspirational romances. What intrigues you most about writing these love stories?

I am intrigued by the who, what, where, when and how people fall in love through the ages.  No one falls in love in a vacuum. We think of romance and current events as two separate categories, but really, men and women all around the world fall in love in the midst of current events—during wartime and political upheavals, during smallpox epidemics and even while collecting fossils, which was hugely popular in England during this time period.

Thank you so much for this wonderful interview, Shirley. I hope my readers will check out your new book.

Thanks for having me, Linda. I love connecting with readers via my website at www.shirleyrayeredmond.com or through my author facebook page - a fun place for readers to visit at https://www.facebook.com/pages/Shirley-Raye-Redmond-Author/533496973399344.