The Roaring Twenties - A Time of Change and Independence! 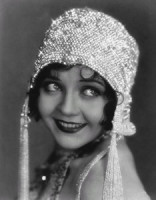 The “Roaring Twenties” was a new decade of independent women, when they raised their hemlines and bobbed their hair. This new hairstyle brought about a lot of commotion. If a woman bobbed her hair, she was fired from her job. A teacher in Jersey City was ordered to grow her hair back by the school board. They said that women wasted too much time fussing around with a bobbed hairstyle, and if she didn’t grow it back, then she would be fired. One prestigious department store actually fired all the employees who wore bobbed hair. In the newspaper, a preacher warned his congregation that a “bobbed woman was a disgraced woman.” In fact, men even divorced their wives over the new hairstyle. Can you imagine the conversation between husband and wife, ordering her to grow her hair back?

The roaring twenties was the inspiration for my new historical romance: Elena, Woman of Courage. This was a time when women wore sleek dresses just above their knees with long beads down to the waist. This new style accentuated the hips and beautiful legs of a woman. It was a new era for everyone. This was a time of courage, adventure, and new music. Jazz became famous and George Gershwin’s music was the craze. He was known as the “King of Jazz.” People would sit around the radio and listen to music, comedy shows, live performances, and the news. 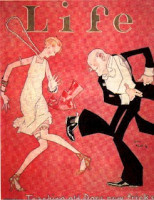 In 1921, the first Miss America contest was held. And in 1922, peanut butter and jelly sandwiches became famous. Dance marathons were the craze in 1923, and people danced until they dropped from exhaustion. There was the Charleston, Fox Trot, and the Shimmy. To dance the Shimmy, one held his body straight and then shook it rhythmically from the shoulders on down to the knees. In 1927, the first talking movie, “The Jazz Singer,” was released.

As I wrote Elena, Woman of Courage, which was set during the roaring twenties, I decided to check out the language spoken during that period. In the 1920s, the new generation spoke a language that their parents didn’t understand. They used words such as: Cat’s pajamas! Ah, horsefeathers! Baloney! Hotsy-totsy! Ab-so-lute-ly!

If you were “all wet,” you were mistaken. If you were a “sap,” you were a fool. When referring to a woman, they used doll, tomato, and bearcat. A woman’s legs were “gams” and her lovely shape was referred to as a “chassis.” If you were in love, you had a “crush,” were “goofy” or “moonstruck.” And when a woman was not in the mood for kissing, she would say, “The bank’s closed.”

Many parents were in the dark, wondering what their children were talking about. So the next time you decide to complain about the language, music, and strange dances of this generation, remember what the parents of the roaring twenties must have felt. They must have complained, worried, and fretted. Is that what we do today? Do we worry and fret about our kid’s today?

Let me tell you what I think about this new generation. Some people believe our kids are headed in the wrong direction and will amount to nothing. Ah, Baloney! Only a sap would think that. The kids now days are hotsy-totsy. If you think I’m all wet, then take a look at my daughters. They’re a great example of kids now days, an example of fortitude and perseverance. They ab-so-lute-ly amaze me with their outlook on life. What do I say about this new generation? Cat’s pajamas! (Definition: “How Wonderful!”) 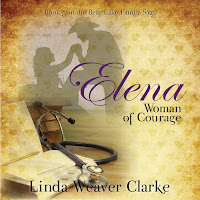 After researching this era, my new historical romance novel was born. In Elena, Woman of Courage, Elena settles in a small western town as the newest doctor but a few problems arise. The town is not ready for a female doctor, let alone one so strong and independent. She must struggle against the prejudice to establish her new practice. As she fights to prove herself, the town’s most eligible bachelor finds it a challenge to see if he can win her heart. When you mix a happy-go-lucky bachelor with a roaring 20s woman, you have Elena, Woman of Courage.

This book can be purchased through local and online bookstores and soon to be on Audible audiobooks. For more information, visit www.lindaweaverclarke.com.

Historical Romance Reflects the Mood of the “Roaring Twenties”