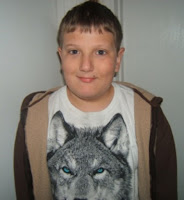 Author Blake Leonard is twelve years old. He is an avid reader, likes science, animals and video games. Blake lives in North Carolina, close to his co-author grandmother, Mary L. Ball who writes Christian Mystery Romances. This young man has written his first novella and published it. What a great accomplishment!

Take a look at this young man's teen shirt. I love it. I believe it might represent his new story. 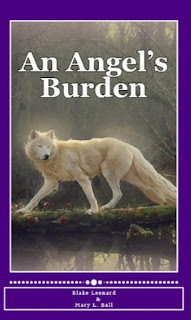 An Angel’s Burden is a Pre-teen Novella. Deep in the forest, danger shadows two children. Eleven-year-old Michael and his sister Caitlyn’s beloved pet, Sparky, has gone to Heaven, so Mom and Dad plan a camping trip to Indian Trails to lift their spirits.

When an accident happens, the children have no choice but to find help but they miss the correct path and are lost. But that’s nothing compared to the lone cry of a white wolf stalking them. Can the children face fear and continue on their journey to save Dad?

This is an inspirational creation. A reviewer wrote: “Absolutely adored this book. It's exciting. I couldn't wait to see what happened next! Plus it has a great Christian message.”

This preteen novella can be purchased at:
Amazon
Media on Demand
Kobo
Posted by Linda Weaver Clarke at 12:00 AM 4 comments: 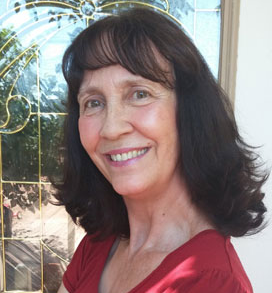